This started as a drawing exercise sketched along with Critical Role’s LIVE Pub Draw episode “Draw Percy Using the Loomis Method” (February 13, 2019). I revisited the sketch in August and and sold as a print at Rose City Comic Con 2019. 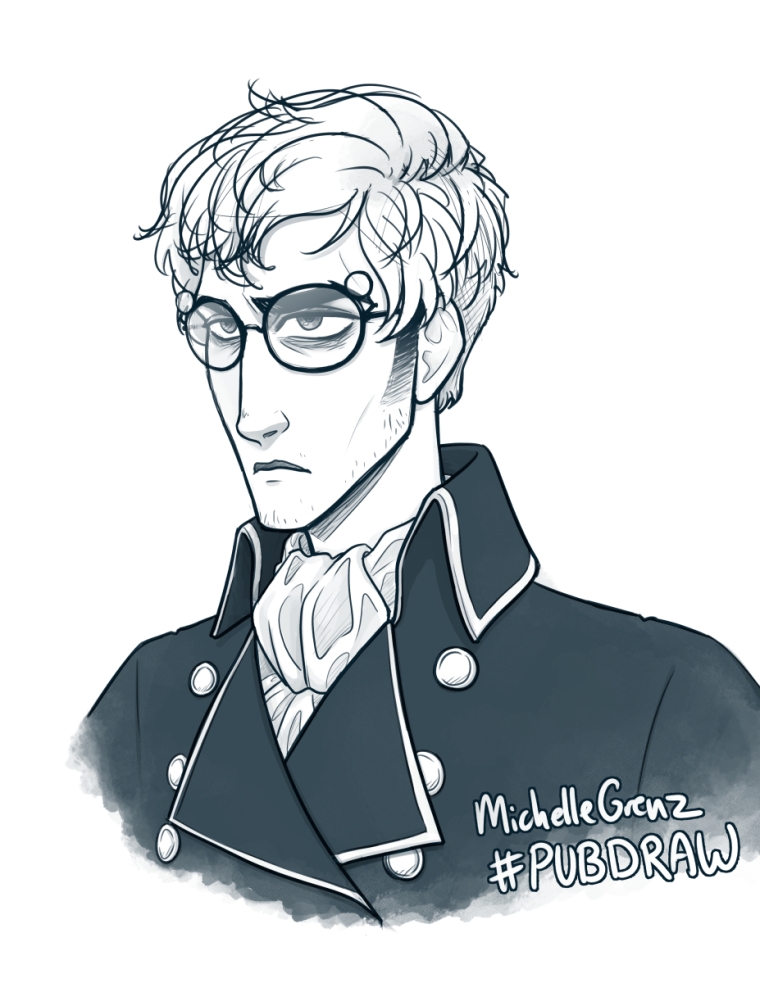 First time following along with #PubDraw instead of just watching it – had such a great time drawing @executivegoth‘s Percy with @babsdraws and @Marisha_Ray! I used an 1800s French military uniform for inspiration/reference instead of his usual coat. pic.twitter.com/HosO7zpN5h

It was such an exciting experience to engage with this community over this character and my interpretation of him! Reactions to the original sketch posted on Twitter were quite positive and heartwarming. Babs Tarr even commented on the post! At RCCC, I also had some very passionate conversations with fellow “Critters” and two amazing people who were cosplaying Percy!